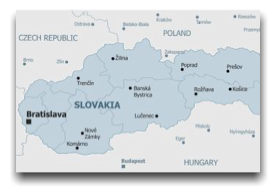 Roman Halamicek first came to the congregation in Bratislava, Slovakia when his aunt from Zurich, Switzerland came to visit and invited Roman to attend worship with her.  Roman was already a believer and began studying with one of the missionaries, Mark Blackwelder.  Soon he was baptized and looked for a way to receive a deeper knowledge of God’s Word. Bob Stump suggested that he consider taking the Sunset International Bible Institute courses on video.  This required that Roman learn English, since only three of the courses were dubbed into Slovak.  But Roman persevered and not only learned English, but completed all of his SIBI courses and attended graduation in Lubbock, Texas in May, 2007.

Roman has been working full-time with the church in Bratislava since that time, and is especially gifted as a speaker and evangelist.  He works with leaders from congregations in Slovakia, Czech Republic, as well as other countries in Europe. 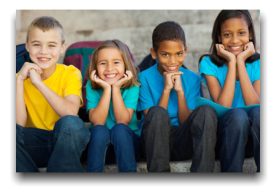 This has been an operating children’s home since 1960 with Randy Schow as the current director. They primarily take in teens from troubled homes and help them physically, emotionally, mentally and spiritually, 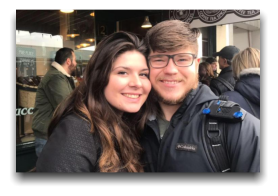 The Northwest Mission's goal is to join Christ by creatively seeking, serving, and discipling the people of the Pacific Northwest, beginning in West Seattle. The Northwest Mission is a team of four couples dedicated to doing just that, to seek out the lost, serve them in their need (and by doing so, building up a relationship with them) and then once the door is open discipling them. 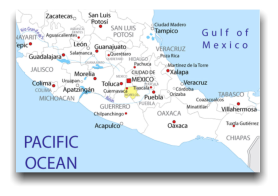 Ray Dennis, a local area Christian, has been proclaiming the gospel to the Cuernavaca area of Mexico with the help of his wife Maricela. 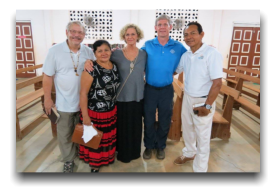 The Guyana mission effort came to Puyallup with the arrival of Mark Jamieson at the beginning of 2016. He had been actively teaching and preaching in the Rupunnuni Savannah region since 2008. He is an instructor at Guyana Christian University, which provide free Bible education to the Amerindian people of Guyana and Brazil.
In 2011, a medical clinic was establish in support of the school and evangelistic efforts. Since such time, multiple medical teams have participated in sharing physical and spiritual help in the remote villages of Guyana. The Puyallup church has sent 5 members so far in support of this work, including one of our elders, Chris Bartlett.

HEARYou must hear the gospel and then understand and recognize that you are lost without Jesus Christ no matter who you are and no matter what your background is. The Bible tells us that “all have sinned, and come short of the glory of God.” (Romans 3:23) Before you can be saved, you must understand that you are lost and that the only way to be saved is by obedience to the gospel of Jesus Christ. (2 Thessalonians 1:8) Jesus said, “I am the way, the truth, and the life: no man cometh unto the Father, but by me.” (John 14:6) “Neither is there salvation in any other: for there is none other name under heaven given among men, whereby we must be saved.” (Acts 4:12).

BELIEVEYou must believe and have faith in God because “without faith it is impossible to please Him: for He that cometh to God must believe that He is, and that He is a rewarder of them that diligently seek Him.” (Hebrews 11:6) But neither belief alone nor faith alone is sufficient to save. (James 2:19; James 2:24; Matthew 7:21)

CONFESSYou must, with sincere heart-belief, confess that Jesus is Lord. He is Lord whether you confess it or not, but it is unto your salvation that you must acknowledge His deity and His ownership (Romans 10:9-10). This confession is the external expression of an internal spirit of complete submission to every aspect of His word and will. As with faith and repentance, confession alone does not save (Matthew 7:21).

REPENTYou must repent of your sins. (Acts 3:19) But repentance alone is not enough. The so-called “Sinner’s Prayer” that you hear so much about today from denominational preachers does not appear anywhere in the Bible. Indeed, nowhere in the Bible was anyone ever told to pray the “Sinner’s Prayer” to be saved. By contrast, there are numerous examples showing that prayer alone does not save. Saul, for example, prayed following his meeting with Jesus on the road to Damascus (Acts 9:11), but Saul was still in his sins when Ananias met him three days later (Acts 22:16). Cornelius prayed to God always, and yet there was something else he needed to do to be saved (Acts 10:2, 6, 33, 48). If prayer alone did not save Saul or Cornelius, it will not save you either. You must obey the gospel. (2 Thess. 1:8)

BE BAPTIZEDHaving believed, repented, and confessed that Jesus is the Son of God, you must be baptized for the remission of your sins. (Acts 2:38) It is at this point (and not before) that your sins are forgiven. (Acts 22:16) It is impossible to proclaim the gospel of Jesus Christ without teaching the absolute necessity of baptism for salvation. (Acts 8:35-36; Romans 6:3-4; 1 Peter 3:21) Anyone who responds to the question in Acts 2:37 with an answer that contradicts Acts 2:38 is NOT proclaiming the gospel of Jesus Christ!

LIVE FAITHFULLYOnce you are saved, God adds you to his church and writes your name in the Book of Life. (Acts 2:47; Philippians 4:3) To continue in God’s grace, you must continue to serve God faithfully until death. Unless they remain faithful, those who are in God’s grace will fall from grace, and those whose names are in the Book of Life will have their names blotted out of that book. (Revelation 2:10; Revelation 3:5; Galatians 5:4)